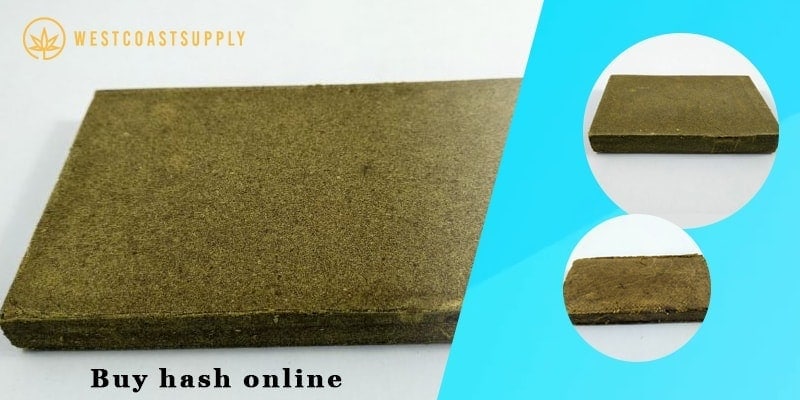 You must have come across advertisements online that ask you to buy hash online. But what is the use of it when you’ve got no clue about it? Well, no problem. If you are a beginner and have no idea about it, then we’re here to help. If one asks to describe it in short, we’d say it is the great-grandfather of all the concentrates of cannabis.

Having said that, it is also true that nowadays, old smokers feel that the stuff isn’t potent as it was back during the ’80s. There’s a common misconception that if there’s a demand for the potent hash, then it needs to be brought from the overseas. With numerous websites opening up that sell hash online, access to good-quality hash has become easier than ever.

What is a hash?

As mentioned above, the hash is concentrated cannabis, which can be smoked in pipes, hookahs, bongs, or joints. It traces the roots to the Arabic region and discovery during 900 A.D. “Hashish” has derived its name from a type of “grass” that’s high, soft, and long, which is the first choice of every stoner from all across the world.

Hash is extracted by drying up marijuana flowers and pulling out trichomes (crystals & resins) from it. After deriving the trichomes, they’re subjected to high pressure and temperature, which molds them into shapes such as cakes and balls. Apart from the shape, there’s also variety in color. From dark yellow and cannabis-green to black and reddish-brown. If you want to get it of a particular color, buy hash online, and choose from the various options available.

How to use hash?

As promised in the beginning, you’d be ready to buy some hash by the end of this guide. Traditionally, it has been used orally either in a solid form or by mixing it inside a beverage. Now numerous ways have been devised to consume it. Let us now see the different ways in which one can consume hash.

You wouldn’t want to miss this most popular way of using the hash. First of all, place hash over the screen of a bong or pipe and then light it for two seconds while you inhale. Also, while you buy hash online, you can search for bong and pipes. However, for people with pipe/bong minus the screen, take a bowl and put a dried flower inside it. Sprinkle some hash over it and light it. Not to forget, one shouldn’t burn the whole thing down, or else it would be a complete waste. Take small portions while inhaling.

The way you roll a joint differs depending on its form: solid or paste. If the hash you’ve got is solid, you got to heat it until it softens. The next step is to crumble them using hands into small pieces. While you roll a joint, mix them with the dried flower. On the other hand, if you’ve got a paste-like form of hash, the task of rolling a joint becomes even easier. Coat it over a cigarette as if it’s dipped inside the paste.

This way is mostly preferred by beginners as it doesn’t require on to buy a pipe/bong or roll a joint. You can infuse it inside a beverage, say coffee. It doesn’t matter whether you have a bong/pipe or not. After you buy hash online, half of your task is done. Put it inside a beverage, and you’re good to go.

Vaping is the least favored way for consuming hash, as it requires a lot of materials. First of all, you need to buy a dry vaporizer and then degummed hemp fiber and a cotton swab that’s drenched in alcohol. Melt the hash by heating it for some time. To avoid the pen from clogging, use the hemp fiber. Place it near the vape pen to avoid the direct contact of the pen with the melted hash. Now it is ready to vape. However, make sure the vape pen is cleaned frequently.

How is it different from Marijuana?

Though they are derived from the same plant, i.e., cannabis, the method of processing makes them different from each other. Apart from the origin, there many other aspects in which they differ. Let us see how one can differentiate between the two.

We hope now you have got all the information regarding the use of hash. However, be careful while you enjoy the buzz; it can become addictive. Over time more & more stoners are now betting on hash due to a higher percentage of THC and less amount of CBD. So, what are you waiting for? Go buy hash online by placing an order today! While you do so, do proper research and choose the product that best fits your need.

Now you must be ready to buy hash online and try it out. The most reliable and best site to buy hash online is none other than the West Coast Supply. If you are looking for dealers who can deliver it in a short period, then we are here to help. Place and order with us, and you won’t be disappointed. Don’t get duped by an online fraudster who will promise you the sky for nothing. Our site is the one-stop solution for weed lovers. You can also refer us to a friend and get a chance to get $25 each for you as well as the one you refer to us. Make use of this offer today!