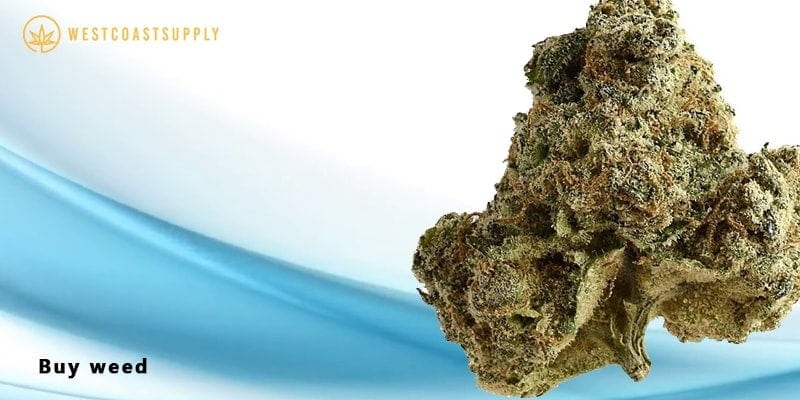 Cannabis is known to help women with the associated symptoms of menopause and menstruation and has been drastically found to have improved women’s sexual health. It shouldn’t come across as a shocker because women’s pelvic organs have a high density of the CBD (cannabinoid) receptors. Although the reason of the receptors hasn’t been explained yet, they are present to maintain a sense of homeostatic balance within the female body.

As a matter of fact, women have been hesitant to address or embrace cannabis since historic times. But, there has been an array of medically proven reasons as to why women should go ahead and buy weed and incorporate it into their lives for a healthy gynecological lifestyle. Read on this article to know everything about the health benefits imparted by cannabis for women.

How does weed benefit the gynecological health of women?

Cannabis interacts with the endocannabinoid receptors present in a woman’s body to elicit its benefits. The Endocannabinoid system is a self-regulatory network of the body, which is responsible for the regulation of a variety of functions, including –mood, appetite, metabolism, pain response, the immune system, and more. The ECS plays a significant role in the female reproductive processes as well.

The ECS further functions by binding the endocannabinoids to the cannabinoid receptors that are present in the brain, the immune system, and the peripheral nervous system (PNS) as well. These endocannabinoids are basically produced naturally in the female body. However, sometimes the ECS is deficit of these endocannabinoids, which leads to the dysregulation of the entire system resulting in an imbalance in the body.

This is when cannabis plays a major role. When women intake cannabis –the cannabinoids derived from the weed then interact with these receptors of the brain, PNS, and the immune system to restore balance. In essence, the cannabinoids extracted from the weed can act as supplements for the endocannabinoids produced in the female body; thus, ensuring that the ECS continues to function adequately. That is why women shouldn’t hesitate to buy weed and incorporate cannabis in their daily lives for improved health benefits.

Read: Everything you need to know about Weed for anxiety and depression

How can cannabis help with the menstruation symptoms?

Almost every woman experiences several symptoms before and during their periods, which include –cramps in the abdomen, nausea, muscle ache, diarrhea, spasms, and fatigue. Therefore, a growing number of women have started to buy weed and use it to address these symptoms of menstruation, which helps in varying the intensity levels of these signs, and sometimes it is debilitating as well.

Although appropriate research on cannabis aiding with period pain is lacking, there is ample evidence furnished about the pain-relieving benefits of the herb. Marijuana has been found to have demonstrated the anti-inflammatory benefits, which helps in lowering the pain and inflammation in the uterus of women during their periods.

Advantages of using marijuana for menopause:

When a woman goes through menopause, her body experiences a dramatic shift in terms of hormones and the production of receptors as well. However, with the incorporation of cannabis, the transition can be made a rather easier process. Women experience several side effects of menopause, such as –mood swings, hot flashes, osteoporosis, pain, insomnia, and fatigue. For some of the women juggling such transitions can lead to the development of depression or anxiety issues.

According to the researches done by the scientist on a menopausal woman, they found that marijuana could be of great help. The estrogen levels and the endocannabinoid system in the woman’s body are closely associated. And the early onset of menopause has been linked to the deficiency in endocannabinoid levels. Also, the women going through the menopausal period experience insomnia, and a large number of studies have backed up the benefits imparted by cannabis to improve the duration as well as the quality of sleep. Therefore, women should be upfront and frequent to buy weed in order to keep themselves healthy.

The women in the reproductive age are affected by PCOS frequently. When there is an imbalance in the level of reproductive hormones in women, it leads to the increase of androgen hormones, causing the ovaries to dysfunction and result in irregular menstrual cycles. Although the exact reason behind PCOS remains unclear, the medical experts claim that when the pancreas produces excess insulin, it spikes up the level of androgen in the female body.

Cannabis is known to support the endocannabinoid system, thereby treating as well as preventing PCOS. There have been reports released suggesting that an irregular level of the endocannabinoid system can result in Polycystic Ovarian Syndrome. Also, ECS dysfunction is linked to the increase in levels of insulin in women and thereby causing PCOS. This helps us to conclude that you should buy weed that helps in treating the symptoms leading to PCOS.

Cannabis is known to help improve the sexual health of women. According to a recent study, 7 out of 10 women who consumed marijuana before sexual intercourse experienced comparatively more pleasure. Also, using cannabis has been found to have increased 60-per cent sex drive in women, and more than half had satisfying orgasms as well. Although concrete reports behind the reason marijuana promoting sexual health in women are unknown, it is suspected that cannabis reduces the levels of anxiety and stress and thereby, boosting their confidence.

Also, most evidence gathered points towards marijuana positively influencing the ECS in women. The cannabinoid receptors are found near the points of the brain which regulate the hormones that are driven by sex. Additionally, the sexual arousal level in women has been found to have increased when their systems contained higher concentrations of cannabinoids. Therefore, women should buy weed and use it before having sex to obtain better results.

There has been an increase in the level of awareness spread concerned with the benefits of cannabis on women’s health. This blog basically summarizes all the existing facts and advantages imparted by weed to women; and how women should more often buy weed to improve their gynecological health. Cannabis is known to have shifted the paradigm of women’s suffering due to gynecological disruptions. Also, how the endocannabinoid system plays a significant role in the gynecology of women has been highlighted appropriately. It is time that we gave more importance to the use of weed than we already did.

Are you looking for a reliable source to buy weed? Well, women have been quite hesitant to go through the purchase process of purchasing cannabis from shady dealers in the past. And thus, we think that the introduction of the online availability of marijuana through West Coast Supply will make the lives of women and people in general easier. You can rest assured that the products that we supply are authenticated, and we are licensed dealers of cannabis. Use our coupon code “FRESH” to get 25% off first orders!